It has now been 11 weeks since we lost Benjamin. One of things that has haunted me through this whole experience is the overwhelming feeling of hopelessness. I have a fear that I will never recover from losing my first-born child. The persistent feeling of sadness and despair over such an extended period is really, really scary. At times it feels as if things will never get any better. It feels like happiness and hope are now out of reach. After all, how can anyone survive the loss of their child? It is one of the worst things that can happen in life.

In the days after losing Benjamin I desperately searched for reassurance that I could learn to live life again. I tried to find as many stories on stillbirth as I could. I wanted to know if there was anyone out there who actually survived this ordeal. To my relief there were many very courageous Mums and Dads out there, a lot of whom started journaling to help them work through their feelings.

Never one to discuss my feelings, the thought of starting a journal was a frightening prospect for me. The idea of normal, however, was no more for me so I decided to give it a go and bought a journal the next day.

So for those of you out there who have just lost your baby there is hope. It shines through a little day by day. On some days the light hides behind thick and dark clouds but it will come out again, I promise. To prove it to you below is one of my journal entries from roughly a month after losing Benjamin (nearly 2 months ago now). The heartache, despair and hopelessness were so inescapable and unrelenting back then. “Back then” being the important words.

We’ve been down south in Yallingup for just over a week. For the most part it has been really good getting away, just the two of us. Most days we get out for a walk and have breakfast or lunch somewhere. I really felt like I was making progress (well relative progress anyway) until Friday 12th May rolled around – the day Benjamin was due to be delivered via C-section.

When the midwife scheduled the C-section I remember thinking how strange it would be to go into the hospital that morning. “You will have your little boy in your arms by 10.10am” the midwife had said. So here I was, it was 10.10am on 12th May 2017 and there was no baby in sight. Instead of my son being in my arms I was in the arms of my husband crying uncontrollably in our neighbour’s house in Yallingup. The despair thinking about what should have been was unbearable. The absence of Benjamin felt nothing short of cruel. How could a perfectly healthy pregnancy end like this?

The rest of the day feels like a complete blur…a pumping headache, puffy eyes and endless sobbing. The awful longing to hold Benjamin felt as bad as the day we lost him. That evening we went to the beach to put some flowers in the ocean for Benjamin. As usual Benjamin put a beautiful sunset on for us. We had the little beach to ourselves and wrote his name in the sand. We both cried again. The harsh reality of our new life couldn’t be escaped. Our new life without Benjamin.

6 thoughts on “Will it ever get any better?” 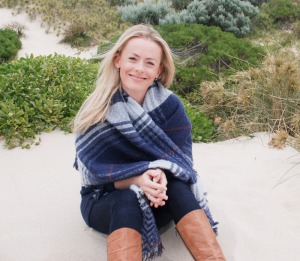 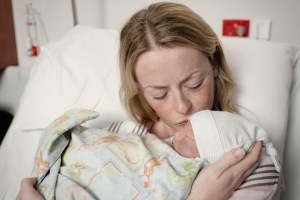